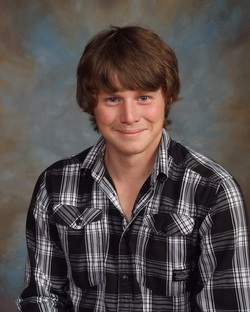 The South County Sabres of Warner and area headed up to Coronation, Alberta for Provincials this past weekend.  Over the course of the weekend, Chase Poncelet established himself as a dominant player and was named as the top player of the Alberta Provincials weekend.  Under Chase's good play, the team earned a birth into the championship game, unfortunately losing by a score of 6-5.  Nevertheless, the school is proud of Chase for his good play and is congratulated for this honor. 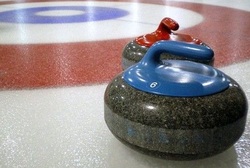 The Warner Warriors Mixed Team came home with the silver on February 12, 2014.  After two days of competition, Warner curled its way into the championship game on the strength of the entire team.  The team consisted of Skip Jon Bolokoski, Third, Hattie Skeith, Second Ethan Campbell, Lead Zoe Skeith and alternate Koltan Owen.  In the championship game, they got off to an early 3-1 lead after three ends, but the eventual Provincial Champion team from Chinook built an insurmountable lead.  Congratulations to this team for their Silver Medal win. 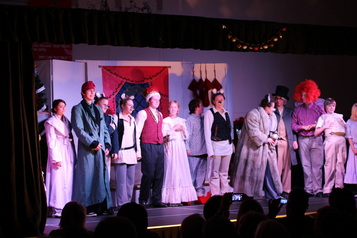 Please click the Picture for more images
The Christmas concert was one of our most well attended events of the year and none were disappointed as Mr. Mak, and the staff and students of Warner School put on a great night of theatre and celebration of the holiday season.  Mr. Mak directed a modified version of "The Nutcracker" which involved students from Kindergarten up to Grade 12.  Great job everyone! 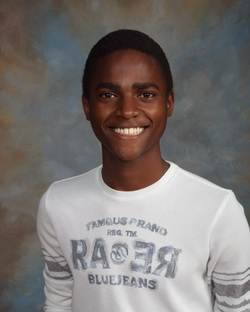 The day started early with Ali leaving Warner at 5:00am.  He, and coach Mr. Gilmour, arrived at the competition in Hinton, Alberta by 12:30am.  Ali competed at 2:45pm and was able to come in top 100 out of over 180 athletes.  Congratulations to Ali and Mr. Gilmour for this accomplishment on the day! 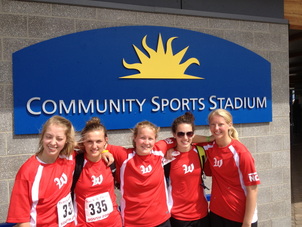 2013 Sr. Team at Zones
This year's track team was small but feisty.  We had five junior high athletes and five senior high athletes compete at this year's competitions.  Our junior high athletes travelled to Taber for Divisions and earned many 3rds, 4ths, and 5ths.  Our senior high athletes went to Lethbridge for the Zone championships and earned second place to Senator Gershaw of Bow Island that attended the meet with 15 athletes.
Our best performances of the year were achieved by our senior high athletes led by Britannia Gillanders who was Zone Champion in both Discus and Javelin, earning another banner for track and field in our gymnasium.  Jessica Sibley and Nicole Blanche earned two second place finishes and Mackenzie Ebel and Megan Normore each moved up two placings in the their final events.
Britannia Gillanders was our only entrant into Provincials this year, and she had an outstanding meet.  She improved on her javelin best seasonal distance by over three metres to earn the silver medal at Provincials, earning yet another banner to be placed in Warner School.  Great job goes out to all of our track athletes this year and we look forward to similarly great performances next year! 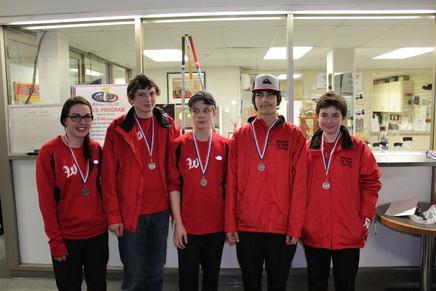 After two hard fought days, the Warner senior mixed curling team (Mattea Pittman, Ethan Campbell, Dylan Heppler, Jon Bolokoski, and Hattie Skeith) finished Zones with a silver medal.  The first day of the tournament saw the team go 1-1 after a tough early loss, followed by a convincing win.  On day two, it was sudden death and a loss meant the team could go home early.  Their first game of the morning ended up in a narrow victory after a well played game by both teams.  In the semi-final, the whole team played consistently well and escaped with a two point victory.  The team was a bit tired in the gold medal game, but gave it their all.  Unfortunately, they did not have the hammer in the final end and lost shot rock to the opposition on their final throw resulting in their second place finish.  Congratulations to the team for all of their great play, good sportsmanship, and for representing our school well.

On Saturday, June 2, Heather Berzins and Mackenzie Ebel were up in Edmonton competing at the 2012 Provincial High School Championships.  Mackenzie came in an admirable 9th in the Junior Girls 100m while Heather Berzins captured another silver medal in the Intermediate Girls Discus.  Congratulations to both of these participants.

The curling program paid off with our senior mixed team went to Zones and did very well.  They ended up second in their pool with a 1-1 record.  They advanced past their semi final game with a 9-4 victory over a team from Bow Island.  Unfortunately, the team lost a nail biter in extra ends to Willow Creek, the eventual Zone Mixed Champions.  In their final game, our team managed two four enders on its way to capturing the bronze medal!!!  Way to go Warriors!!

The Warner School Curling Club is going strong in Warner.  We have over 20 curlers involved in the program and much improvement is being seen week to week.  The Warner Curling Club is also excited to be hosting an open house on February 27th.  The event will start at 5:00pm and is open to all students Grades 4 to 12.  Please come on out and support this school program in its inaugural year.  Thank you to all of our sponsors and we look forward to this great night of curling!!

P.s. This evening is also intended for our parent audience and we hope to see all of you out as well!! 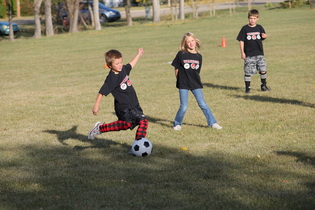 Soccer is alive and well in Warner as our Grade 3-5 has been playing with great passion and enthusiasm.  The season is set to wrap up on October 18th at 5:00pm in Milk River.  Congratulations on a successful season!

p.s. click on the picture above to see more pictures of our soccer players!

This past weekend marked a FIRST for Warner School.  Three athletes went up to Edmonton to compete in track and field Provincials on June 3rd and 4th, and they all did very well.  Heather Berzins set a new personal best of 31.19 metres in discus on her way to a SILVER MEDAL in junior girls age category.  Great job Heather!

As a team, our athletes finished 54th out of 142 schools.  Great job girls.  You represented Warner well!!